Sylvain Dittière learned early enough to cultivate plants since his parents were rose growers. Wonderful as roses may be, they left Sylvain uninspired so he turned to the vine and began an apprenticeship at Domaine du Collier, Antoine Foucault’s iconic organic domaine in Saumur. It was here that that Sylvain’s passion for making wines without chemicals took root and most likely the passion for his wife that he runs his domaine with today, Pauline Foucault. 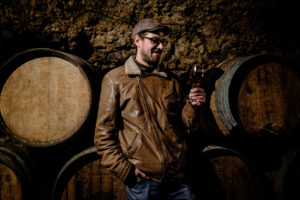 He went on to complete his studies in oenology while simultaneously challenging much of what he learned in school interning at yet another benchmark organic domaine in Saumur, Thierry Germain’s Domaine des Roches Neuves. To round out his education, or ”un-education” as Sylvain puts it, he spent three more years at two well regarded organic domaines in opposite corners of France, two years alongside Marc Tempé in Alsace and then another year with Gerard Gauby in the Roussillon, principally in the cellar. All in all, an impressive (un)education! 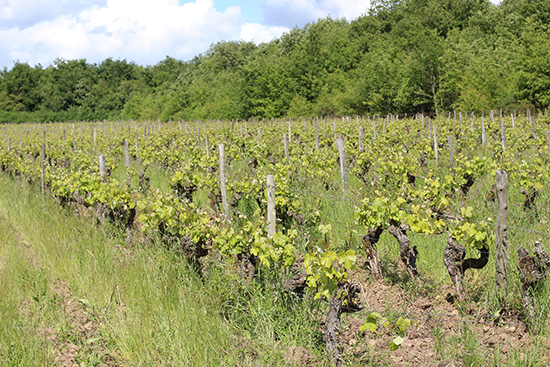 Then Sylvain returned to his native Loire Valley in 2010 to start his own domaine. Even though he didn’t have a family estate to take over and little cash, he had high standards on what he was searching for. He looked for vineyards which were already organic and pruned for a maximum production of 40hl/ha. In Les Beaugrands, he found it. A 3 hectare parcel in Saumur-Champigny and today he has 4 hectares in total. The soil is typical for the appellation: sandy, silty, clay over limestone, an excellent combination for retaining heat and ensuring ripeness in an otherwise cool climate. He and Pauline has really managed to find a place that captures the absolute beauty of Saumur. 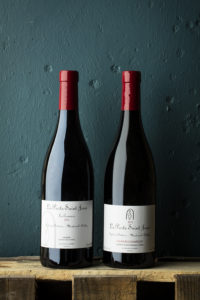 The red wines combine elegance, finesse and delicate silkiness that bear comparison to as much Pinot Noir as to Cabernet Franc. The whites are vibrant, fresh and elegant but with lots of fruit.

Vinification: Direct press before fermenting and then aged for 24 months in 225 liter old oak barrels.

Vinification: Fermented in closed concrete tanks with 3 weeks infusion (really careful maceration to not extract the harsh tannins you can get from Cabernet Franc). Aged 18 months in old barriques before bottling.

Vinification: Fermented in closed concrete tanks with 3 weeks infusion (really careful maceration to not extract the harsh tannins you can get from Cabernet Franc). Aged for 24 months in old barriques before bottling.