Xavier Courant is a former Parisian caviste who decided to get closer to wine. He studied viticulture and oenology for one year and thereafter worked with legendary Romain Guiberteau in Saumur – where he almost unlearned everything he’d been taught in school (!). 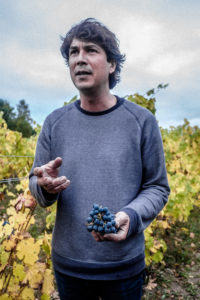 In 2009 Xavier managed to purchase three major plots of Cabernet Franc and a small parcel of Chenin Blanc. Nowadays Xavier runs his 4 hectares of vineyard under the name of Domaine de L’Oubliée, in the commune of Saint-Patrice, Bourgueil.
He’s been working organic from the start, also using some biodynamic philosophy. Today he has 4 ha of vineyard which he finds being a perfect size to achieve the results he wants. 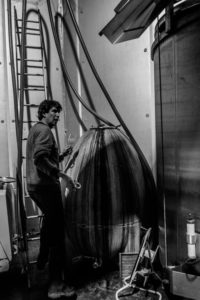 Unlike in the vineyards, there’s not much going on in the cellars except grapes being put into a tank. 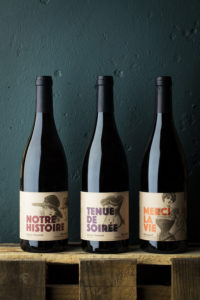 The results are fruit driven, extremely pure and expressive Cabernet Francs that are actually really nice to drink young – but if you’d like to store some it won’t disappoint you either. The whites are pure and vibrant – just the way we like it.

Vinification: Direct press before fermentation that started on tank, and then continued on bottle to create fine bubbles. Disgorged in November 2022, no dosage.

Vinification: Maceration for 10 hours before press and continuous fermentation. Aged in concrete until bottling in March/April the year following the harvest.

Vinification: Destemmed followed by a 4 week maceration in 3 barriques, that Xavier gently turned a little bit 2 times/day. Bottled in Mars 2022. The name of the wine, lika all his other ones, comes from the name of a movie

Vinification: 2,5 weeks maceration the skins in closed tanks to not extract heavy tannins. Aged on the lees in concrete before bottling in March/April the year following the harvest.