Alessandro grew up drinking his grandfather’s wines, and they were as wines always have been before the time of conventional or natural. So, in 1996 when he started working full time with his father at the age of 21 he knew that he wanted to continue to make the wines as they always had been. This style of wines wasn’t fancy at all in Sardinia, when he tried to sell them to restaurants the people just told him to take his ’old school wines’ and go home. So he started to sell to the mainland and to export. He never talked about natural, he just talked about wine, and this worked fine outside Sardinia.

So, he had been drinking wine since he was much younger than what they recommend here in Sweden (and if you think about the fairly high alcohol they get in these hot climate wines, you would guess he was a jolly kid..) and started to work already when he was 12.

He’s been to winemaking school in Verona twice, dropping out both times – ’they didn’t speak about real stuff’. But something that he got hooked on in 2001 was biodynamic farming and when he was working in Italy to gain more experience, he met his ’master’ Alex Podolinsky from Tenuta Valgiano. 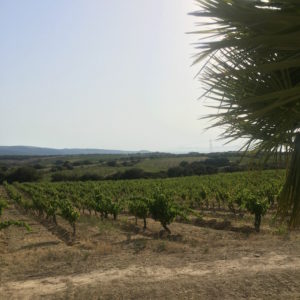 By that time, he already had 9 years of experience because he started to help out in the vinery already when he was 12. In 1998 his father let him take the full control, this was when Alessandro proclaimed that he wanted to sell their entire production in bottles (his father was selling a lot in bulk earlier) and this was when they started for real to sell all over Italy and to export. 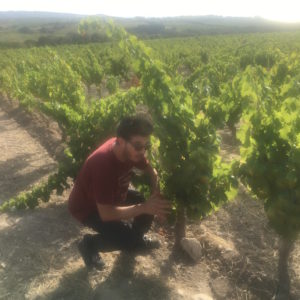 Soils are chalk and sand, and all the vineyards are surrounding their estate, that lays on an altitude of 250 meters of altitude, overlooking the ocean in the north part of Sardinia. The fresh winds from the ocean, the altitude and the soils helps the wines to maintain a very good freshness, even though they have a really warm climate with loads of sun. 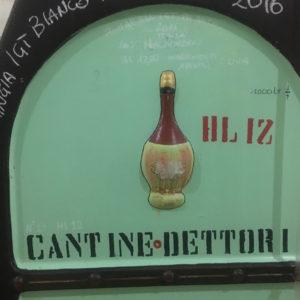 All fermentation and ageing are on concrete and steel and often during a longer period. You need to be patient to be able to make stable, good wines with no added sulphur, especially here with the sugar level is high.

The wines are really deep and expressive. Massive, red sweet fruit, but always with a good acidity, integrated fine tannin structure and a fresh mineral finish.